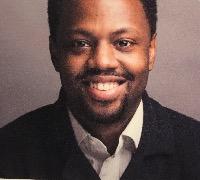 Aaron Pinkston (born August 3, 1982) in Brooklyn NY, started his musical career in his teens, but has been playing drums from the age of 2-3. Growing up playing in church as a child into his adult hood, he started playing in small clubs throughout Brooklyn until landing a gig with a rock band called “Copper Mine”. From there he began playing with other bands in the NY area and at clubs such as Mercury Lounge, Pure Lounge, 101, Groove, Arthurs Tavern, Cafe Wha and the Village Underground (where he was fortunate to play for legends: Shaquel O’Neal, and Prince) to name a few.

You can currently catch him playing at the legendary Ashford & Simpson’s “Sugar Bar”, “Prohibition” and various corporate events throughout the tri state area.